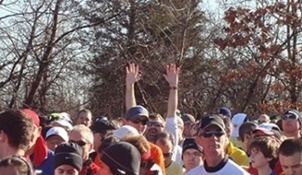 In April 2007, I started running again. And for the next 10 years, I had some amazing experiences including:

Unfortunately, genetics caught up with me, and a team of doctors have recommended that I end my running career.

Below are the stories and photos about the races I've completed, and the little lessons I learned along the way. I hope you enjoy them.

Completed Races (click links below for results and photos)