Your Standards for You

“Everybody makes excuses for themselves they wouldn't be prepared to make for other people.” – Rebecca Goldstein 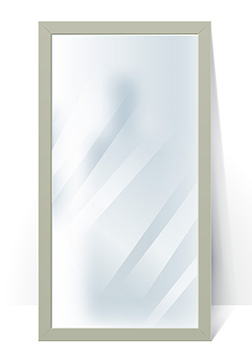 Reading the news, we’re outraged at the justifications some famous person used to defend their actions. A coworker at the office trotted out another flimsy pretext for being late with an assignment. And someone else wants us to overlook their bad behavior – once again. It’s so frustrating.

It’s easy to see the faults in others. Their shortcomings are glaring examples of how not to behave. We don’t understand why people aren’t better. Of course, the view through a window is clearer than what we might see in the mirror.
It can be disconcerting when we cast a critical eye on ourselves. We might dismiss poor choices or lazy behavior when we’re at fault. After all, it was just an honest mistake that happened just that one time and will never happen again. Well, it will probably never happen again. At least not in the near future.

Sometimes we do make honest mistakes. Or, we’re overwhelmed by external forces and can’t find another path. Maybe we’re just exhausted and need a rest. There may be a valid reason for the choice we made.

There’s only one way to differentiate our actions – by being honest with ourselves. Examining our true intentions for our actions. The answers aren’t always pleasant. No one wants to consider themselves weak or immoral. A mistake or a lapse in judgment don’t reflect who we really are. However, patterns of behavior do.

When we have a good reason for our conduct, we’ll know it quickly. If we find ourselves searching for a justification, then we’re really looking for an excuse. We must admit when our actions are harmful to ourselves or others. We must meet the same standards that we set for everyone else.