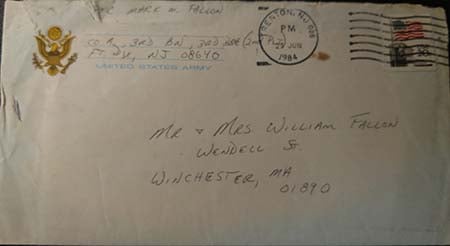 “Someone is sitting in the shade today because someone planted a tree a long time ago.” – Warren Buffett

“The true meaning of life is to plant trees, under whose shade you do not expect to sit.” – Nelson Henderson

Lately, I’ve been thinking about my parents. A lot.

It started with finding a stack of letters my mother had saved. They were letters I’d sent to my parents when I was in the military.

END_OF_DOCUMENT_TOKEN_TO_BE_REPLACED

“For the meaning of life differs from man to man, from day to day and hour to hour.” – Viktor Frankl

As I was reading Viktor Frankl’s Man’s Search for Meaning, one thought kept crossing my mind – “How have I never read this book before?”

In college, my major was history, with a minor in philosophy. Additionally, my literature courses included books by twentieth-century existentialists like Camus and Sartre. I was assigned to read Freud’s The Future of an Illusion as part of my capstone course in philosophy. But Frankl? I’m not sure he was even mentioned.

A friend told me he had recently re-read Frankl, as part of a discussion about what makes us human. His passion when describing the book was intriguing. A visit to a university bookstore prompted me to look for Frankl’s works. When my search in the philosophy section turned up nothing, I remembered that my friend is a psychologist. Moving over a few sections, my hunt was successful.

END_OF_DOCUMENT_TOKEN_TO_BE_REPLACED

"Just because we can't find a solution doesn't mean that there isn't one.” – Andrew Wiles

Are you faced with the dilemma of choosing between two undesirable options? Then reject them both, and create a third option.

For example, just a few weeks after moving into my new house, I noticed that the light above the kitchen sink was loose. After taking a closer look, I realized that I would have to strengthen the supports for the electrical box and possibly replace the fixture. However, I realized this late Sunday night, and I had an early flight out to a client Monday morning. There would be time to fix the light when I returned.

Tuesday evening, I was heading back to the hotel when my cell phone rang. It was my wife letting me know that the light above the kitchen sink had dropped from the ceiling and was being held up only by the electrical wires. I guess the light didn’t want to wait for my scheduled repair.

END_OF_DOCUMENT_TOKEN_TO_BE_REPLACED

“A gentleman is one who never hurts anyone's feelings unintentionally.” - Oscar Wilde

My social media feed was filled with posts on a contentious subject. Both sides of the political spectrum were accusing the other of not taking them seriously. People had created memes using cool graphics and witty wording.

Posts built upon posts, until all the arguments looked silly. I started to do my own research on the subject. Thanks to the power of the internet, I was able to reach back decades, and then centuries. The more I learned, the sillier the current situation seemed.

END_OF_DOCUMENT_TOKEN_TO_BE_REPLACED

This little lesson occurred 10 years ago, in 2008. I share it today to honor my father, Bill and my friend, Tim. Saturday, October 27, 2018, would have been my father’s 94th birthday, and next month represents the one-year anniversary of Tim’s passing. I think of them often.

Recently, my father was telling a story about his boyhood. He and his brother had walked 5 miles to the next town to listen to the radio broadcast of President Roosevelt’s inaugural address. That’s Franklin Roosevelt, not Theodore Roosevelt (my father’s not that old).

END_OF_DOCUMENT_TOKEN_TO_BE_REPLACED

“The universe is full of magical things patiently waiting for our wits to grow sharper.” – Eden Phillpotts

I recently went on a whale watch. Conditions were just right, and we saw about a dozen of these amazing mammals. Several came surprisingly close to the boat, as if they knew we were desperate to get a good photo – especially the iconic fluke as they dived for more food.

This was perhaps the 10th time I’ve been on a whale watch cruise. I’ve been on tours leaving from the tip of Cape Cod, from the Boston Aquarium, the North Shore and Nova Scotia. One boat was even smaller than the leviathans we stalked with our cameras.

END_OF_DOCUMENT_TOKEN_TO_BE_REPLACED

The Slings and Arrows of Life

“Learning is a gift, even if pain is the teacher.” – James Garner

About 40 years ago, a baseball hit me in the mouth. I wasn’t a fan in the stands but playing shortstop when a line-drive was hit right at me. I was a terrible athlete and a worse baseball player. My dentist performed a root canal to stop the pain and save the tooth.

END_OF_DOCUMENT_TOKEN_TO_BE_REPLACED “When the whole world is silent, even one voice becomes powerful.” – Malala Yousafzai

It seems that every day, the volume of our conversations gets louder. Headlines using words like “destroy”, “disaster” and “debacle”. Facebook rants with all capital letters, curses, and multiple exclamation points. Twitter threads that go on for more than 20 entries, revealing the ineffectiveness of the 140-character limit.

And that’s just about sports.

END_OF_DOCUMENT_TOKEN_TO_BE_REPLACED

The Illusion of Control

“The hotter things get, the more important it is to keep your cool.” – Harvey Mackay

My flight was scheduled to depart at 8:50am. While the airport is only 18 miles away from downtown Chicago, the drive can easily take an hour, sometimes longer. I scheduled for the shuttle van to pick me up at my hotel at 6:30. I was outside at 6:15, and 5 minutes later the van pulled up. This was going to be an easy travel day.

The driver had to pick up passengers at 3 other hotels, with the last person boarding at 6:50. This was later than my plans, but I stayed calm. Plenty of time, and there were some amusing conversations between the driver and the passengers.

When we reached the highway, the morning traffic jam was in full swing. As we crept along, you could feel the anxiety rising in the van. Some people had flights earlier than mine. The driver checked his navigation system, and it said we should get to the airport by 7:55.

A half-hour later, we heard the system announce we would arrive at 8:00.

Shortly after that, the voice said that another 10 minutes of delay had been added.