The Limiting Effect of Myths 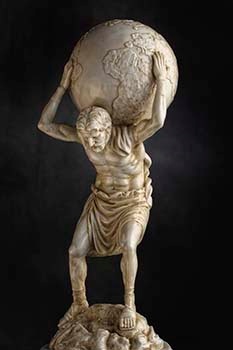 “Don't be satisfied with stories, how things have gone with others. Unfold your own myth.” – Rumi

Bulls get angry at the color red.

There are hundreds of similar myths that we hear repeated. Again, and again. Some have their origins in ancient insults. Others are from a misunderstanding of rituals. And others are just wishful thinking.

In most cases, myths don’t cause much harm. Waiting an hour after you eat before swimming won’t prevent cramps, but your stomach will feel better. Thinking toads causes warts only stops you from picking up slimy creatures. And gum isn’t healthy to swallow, even if it doesn’t stay in your stomach for 7 years.

Many modern myths are based on a misunderstanding of science, ignorance, or grasping for straws when faced with situations we don’t yet understand. Pick a topic, there’s a corresponding myth. But we know that the earth is round, that astronauts landed on the moon and that ulcers aren’t caused by nervousness.

Some myths are based on conspiracy theories or deliberate misinformation. These can cause harm to people’s health and well-being. The recent pandemic has seen an explosion of this type of destructive falsehood.

However, the most dangerous stories are the ones we tell ourselves – about ourselves.

For example, for years, I told myself that my mental toughness could carry my body through any physical test. I wasn’t indestructible, but close enough. I didn’t just believe it, I attempted to prove it by taking on challenges avoided by most people. Volunteering for Infantry, Airborne and Ranger schools. Spending my 40s and early 50s not just running races but running marathons and ultramarathons.

Of course, multiple times, the reality of the world stepped in. I finished Ranger School in the hospital, not on the graduation field. There were races that ended badly, and ones I didn’t finish. And no matter how fast you are, you can’t outrun genetics, especially bone and joint deficiencies.

Looking back, I can see how my self-deception not only caused me harm, but also hurt others. By ignoring reality, I disregarded how my actions and attitude impacted the people in my life. Being goal-oriented can be good but being arrogant is bad.

Just as dangerous are the excuses we use to justify our weaknesses. Turning down opportunities because we claim we don’t have the skills required. Blaming aptitude for failure instead of ineffectual effort. Avoiding responsibility for our actions because “that’s just the way we are.”

Mythical heroes were created to inspire and instruct. The audience was meant to learn from the characters’ examples – what to do and what to avoid. Wisdom acquired without personal risk.

Becoming the heroes of our own lives starts with dismantling our personal myths. We grow when we face the realities of who we are – our weaknesses and our strengths. The lessons learned may carry a higher price, but we are better people for the effort.