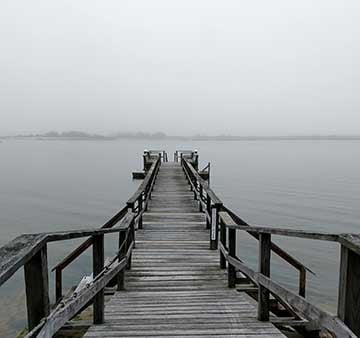 “In the end, we will remember not the words of our enemies, but the silence of our friends.” – Martin Luther King, Jr.

Through my small blog , I have a small voice – but I do have a voice. I should use it to speak out against what is happening in our country. To be silent is to be complicit.

The events of the past week have shaken my belief in the future of our country. My fears come not from the protests, but by the response of our government. The videos of peaceful protesters being beaten, gassed and shot by police and soldiers in our nation’s capital depict a country in crisis. On top of the crisis caused by the pandemic.

There have been hundreds of thousands of people marching peacefully. Their actions have been overshadowed by a much smaller percentage of looters and agitators. The looters are people taking advantage of the situation to enrich themselves. The agents of the agitators – from the radical left and radical right – want only to cause harm to others.

When the leaders of the government attack all protesters because of the actions of the few, they are as wrong as the people who condemn all law enforcement because of the actions of bad officers. However, each day, the White House elevates the language of division, not reconciliation. The nation’s cities are not “battle spaces”. The press is not the enemy of the people. My neighbor is not my foe.

For the last several years, I have been the voice of optimism among friends who were deeply concerned about the president’s actions and the increasing divisions in our country, I would point out that in my lifetime, worse things have happened. I was certain we would be okay.

My natural response to difficult situations is to find a positive outcome. Yet I can’t see how this crisis ends on a positive note. I genuinely fear for the future of our country.

In my search for hope, I have found it among the actions and attitudes of strong women. A friend who shared a story with a radio station about how she’s rebuilding her company. A leader on a postal committee finding innovative ways to reach out to members who are struggling. My niece who’s still fighting for others, even after fighting COVID-19 for her very life. I will listen and watch. And learn.

I’ve also been thinking about my uncle, John Fallon. Five years ago, I shared a post about him marching with Martin Luther King, Jr. Uncle John flew to Selma after the 1965 “Bloody Sunday” attack by white supremacists on Reverend James Reeb and two other ministers. In a newspaper article published after the march, he wrote, “Yes, we did accomplish something in the eight hours we spent in Selma; we saw oppression, we prayed, we showed the side we are on.”

To show what side I’m on, I’ve made a donation in George Floyd’s memory to the NAACP Legal Defense Fund.