Helping Others Is Its Own Reward 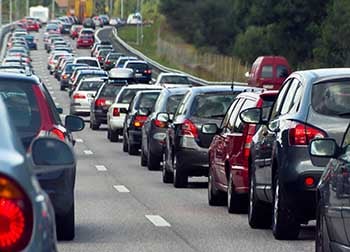 "Do your little bit of good where you are; it's those little bits of good put together that overwhelm the world." - Desmond Tutu

A few years ago, my wife Dolores and I were on our way to a Boston Red Sox game. We’re both fans, and our friends, Kerry and Diane, had invited us as their guests. Good friends, beautiful summer weather, and the Red Sox. Who could ask for more?

The only less-than-enjoyable part would be driving to the game during rush hour. In Boston. On a Friday night. But we made good time. Until there was a slight backup.

The best exit to the park is on the left side of the highway. And the backup was in the high-speed lane. I slowed down, eyeing the minivan in front of me, and the SUV behind me.

The minivan moved forward, and I was about to follow. Then I heard the sound of screeching brakes and stopped immediately. From the corner of my eye, I saw a sedan skidding across the highway into a 180-degree turn. The side of the car slammed into the back of the minivan. The nose of the car was less than two feet from my front bumper. If I had been tailgating…

I put my car in park and ran up to the sedan. The driver, a young woman, was crying. I asked if she was okay. She nodded yes. The driver of the minivan got out of her vehicle. Is everyone okay? Yes.

I called 911 on my cell phone. When the dispatcher put me through to the state police, I gave them the location of the accident and let them know there were no serious injuries. The couple in the SUV behind me turned on their emergency flashers, then asked if everyone was okay.

The young woman had a small scrape on her leg. I walked back to my car and asked my wife if she had any antibacterial gel. As Dolores handed me the bottle and some napkins, she said, “This girl’s gonna need a ride.”

I gave the young woman the gel, and introduced myself, “My name’s Mark, and we’re going to stay with you.” Still crying, she said, “Thank you. I’m Shioban. Someone cut me off. I’ve never been in an accident before. I’m so sorry.” I told her not to worry, and that the most important thing was that no one was hurt.

I started to examine the sedan and the entire accident scene. (In the late 1990s, I worked at an insurance company and managed an automobile appraisal unit that was appropriately named “Crashbusters”.) There was a dent in the sedan’s left quarter panel with what appeared to be fresh white paint. Following the skid marks, there was amber glass at the beginning of the trail. It looked like someone had hit her car.

The state police arrived. Once they confirmed that no one was hurt, the troopers stopped all traffic and started to clear the scene. They asked us to drive forward and stop at a pullout about a quarter mile ahead. I told Shioban we’d be right behind her.

The trooper took everyone’s statements and called for a tow truck (the sedan was totaled). We asked Shioban where she lived and said we’d give her a ride home. She said her home was about 25 miles away, but she had friends in a nearby section of Boston. If we could drive her some of the way, she’d walk the rest. We explained that we would drive her all the way to her friend’s house.

While the trooper talked with the tow truck driver, I spoke with the driver of the minivan. Her children were okay, but shaken up when the airbags deployed. She was going to drive them to the hospital. Wise move. Dolores continued to talk with Shioban and comfort her.

The car was loaded on the flat bed of the tow truck. The tow truck driver told Shioban that she could ride with him. She shook her head “no” and explained she’d be riding with us. The driver looked at my wife and asked, “Are you friends?” Dolores said, “No.”

The trooper tilted his head and with a puzzled look, said to us, “You’re doing this out of the goodness of your heart?”

Dolores responded, “Yeah, we tend to do that.” The trooper was still shaking his head as he walked back to his cruiser.

As we drove Shioban to her friend’s house, she was getting upset again. We kept telling her she would be okay and reminded her to focus on the fact that no one was hurt. I told her that she was in shock at the moment and that when she got to her friend’s house, she needed to have a tall glass of water, maybe two. I made her promise she’d drink water before anything else.

We arrived at the house, and Shioban asked if she could pay us for the ride. That brought some smiles and a round of “No’s”. We gave her my business card, cell phone numbers, some hugs, and waited until she was safely inside.

The next week, we received a card from Shioban. She thanked us and said her parents thanked us, too.
I have nieces and nephews that are Shioban’s age and hope that someone would help them in a similar situation. Knowing that Shioban appreciated our actions makes it that much sweeter.

There will come a moment when you have the opportunity to help another person. A family member, a friend, or a co-worker.

Maybe someone you don’t even know.